For the second year in a row 1st of May cannot be celebrated as we normally do. We shall hope that this will be the last time the virus affects our celebrations. But like last year, there will be a festive program on RUV in the evening of 1st of May at 21:00

This years Labour Day headnote is „Plenty for Everybody“. It is plenty for everybody, but there is always the question of if there is an equal distribution? In our society there are plenty of resources for all of us but the resources and the profit of them is not equally and fairly distributed.

At Alþingi, Iceland´s congress, is at hand the financial plan for the next 5 years. That plan has not been fitted to the working class of Iceland. It is made by the demands of the ones who own businesses, the ones that demand their dividends no matter what. Now, we will be set to pay for the debts as the result of Covid in the next 5 years. These debts shall be paid with optimization and budget cuts. And we all know what that means; Understaffed healthcare system, and privatization, which will cost more in the end, cost cuts at all stages except in administration. But who are really the owners of this debt? It is us, and therefor there is no big need to hurry paying it. Same plan says that there will be 5% unemployment rate after 5 years. We must make a better financial plan. While the unemployment rate is so high the governmental insurance fee will not be lowered. The silent majority of employers will support this plan so they will not upset the oligarchy (few people who have power and govern according to their own interests). They might lose a breadcrumb of their festive table.

Some of the things that have been done lately is alarmingly starting to remind us on the eve of the financial collapse back in 2008. All surveillance is being limited and resources that institutions have had is being taken away from them, bit by bit. Nothing is being done to protect the ones who dare to stand up and fight for what is right. And if a person or a group dares, that same person or a group is being at risk of being executed publicly and personally, just like the pharaohs did back in ancient Egypt. Is there nothing we have learned for the last 3500 years?

When the times comes we can start to live a normal life again, and society gets upon its feet, I hope that it will be with changes that are made for the people, not capital.

This autumn there are elections for the parliament of Iceland. So please ask yourself; which party and representatives will put the interests of the working people in front of the 1% rich of this nation, in their election promises. Something worth thinking about before you put your X to someone´s name and party.

One year ago I wrote, that hopefully we would reach the goal of living a “normal” life, after few weeks or months. Still, the hope is that after couple of months restrictions will be lifted and we can start to gather together without them and the mask will be an option, not mandatory.

My final words this year are recycled from last year:

“In these times we live in, we can hopefully find a way that is useful for all the nations of this world, to be able to live in peace using the resources it has to offer, with respect, the only earth we have. We really don´t have another choice”. 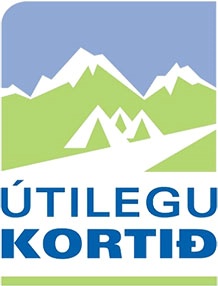